A powerful movement is happening in farming today—farmers are reconnecting with their roots to fight climate change. For one woman, that’s meant learning her tribe’s history to help bring back the buffalo. For another, it’s meant preserving forest purchased by her great-great-uncle, among the first wave of African Americans to buy land. Others are rejecting monoculture to grow corn, beans, and squash the way farmers in Mexico have done for centuries. Still others are rotating crops for the native cuisines of those who fled the “American wars” in Southeast Asia. In Healing Grounds, Liz Carlisle tells the stories of Indigenous, Black, Latinx, and Asian American farmers who are reviving their ancestors’ methods of growing food—techniques long suppressed by the industrial food system. These farmers are restoring native prairies, nurturing beneficial fungi, and enriching soil health. While feeding their communities and revitalizing cultural ties to land, they are steadily stitching ecosystems back together and repairing the natural carbon cycle. This, Carlisle shows, is the true regenerative agriculture – not merely a set of technical tricks for storing CO2 in the ground, but a holistic approach that values diversity in both plants and people. Cultivating this kind of regenerative farming will require reckoning with our nation’s agricultural history—a history marked by discrimination and displacement. And it will ultimately require dismantling power structures that have blocked many farmers of color from owning land or building wealth.  The task is great, but so is its promise. By coming together to restore these farmlands, we can not only heal our planet, we can heal our communities and ourselves. 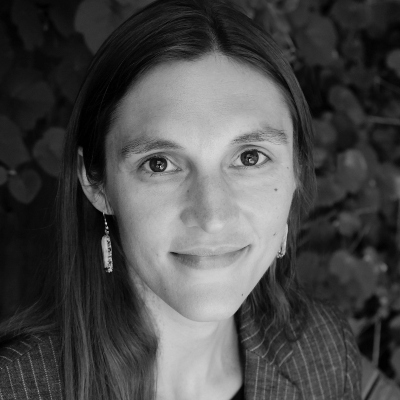 Liz Carlisle is an Assistant Professor in the Environmental Studies Program at UC Santa Barbara, where she teaches courses on food and farming. Born and raised in Montana, she got hooked on agriculture while working as an aide to organic farmer and U.S. Senator Jon Tester, which led to a decade of research and writing collaborations with farmers in her home state. She has written three books about regenerative farming and agroecology: Lentil Underground (2015), Grain by Grain (2019, with co-author Bob Quinn), and most recently, Healing Grounds: Climate, Justice, and the Deep Roots of Regenerative Farming (2022). She is also a frequent contributor to both academic journals and popular media outlets, focusing on food and farm policy, incentivizing soil health practices, and supporting new entry farmers. She holds a Ph.D. in Geography, from UC Berkeley, and a B.A. in Folklore and Mythology, from Harvard University. Prior to her career as a writer and academic, she spent several years touring rural America as a country singer.