In his new book, Teaming with Bacteria, author Jeff Lowenfels digs into the new science behind how endophytic bacteria supply nutrients to a large array of plants and explains, in accessible language, how this information applies to home gardeners, small-scale farmers, and cannabis growers. Based on cutting-edge science that will help gardeners increase plant health and productivity, Teaming with Bacteria is a must-have addition to every organic gardener’s library. 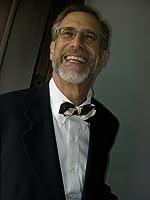